The Oracle is the embodiment of the Great Crystal, and appears very rarely and only during important events. She hadn't appeared for a long time, until appearing before Guardian.

She has a blueish tint on her white skin. The Oracle's horns are multicolored with blues and pinks. Her eyes a very light pink. Her hair is also multicolored pastels and appears to be made of feathers. She has a tail that matches her skintone, and also has what looks to be a sash floating around her.

She rarely appears and has a melancholy air. Huang Hua tells us in episode 16 that the crystal is formed of the souls of the Eldaryans sacrificed after a war, and that the Oracle is the manifestation of all these souls.

She expresses herself in a particular language. 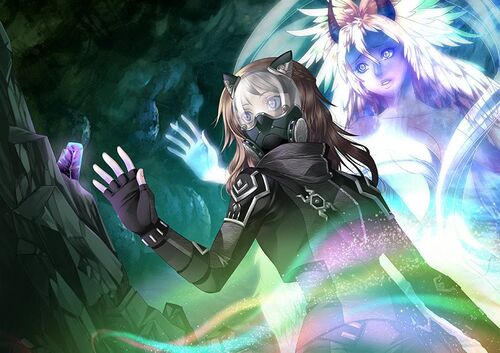 Retrieved from "https://eldarya.fandom.com/wiki/The_Oracle?oldid=19874"
Community content is available under CC-BY-SA unless otherwise noted.