Skanis is a Companion that was available during the Christmas 2019 Event.

The Skanis is the king of the polar companions. Even the Ocemas don't dare stand up to this wolf whose power is matched only by its intelligence. 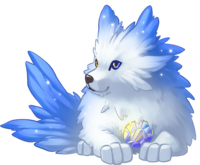 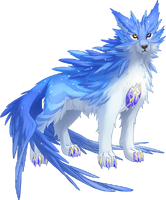