Jamon is Miiko's right-hand man within the Guard of El, who mainly ensures its protection. Despite his grumpy attitude, he is very kind and would never hurt those weaker than him.

Jamon has red hair and light blue eyes. He has tusks coming out of his mouth. His ears are pointed at the ends.

Almost seven feet tall, this ogre doesn't need words to express himself. A look, a gesture, a grunt or a grown is enough for him to be understood. He doesn't like to talk much, which is why he likes to speak very simply. At least with him, you know exactly what he's trying to say. 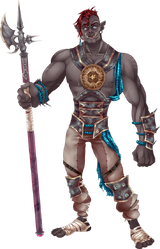 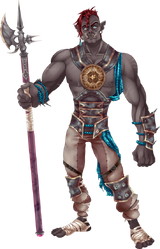 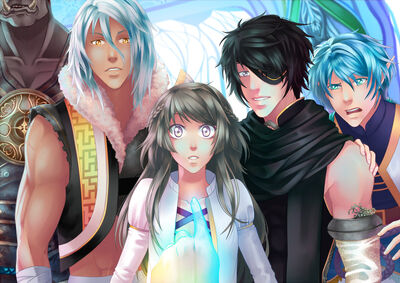 Retrieved from "https://eldarya.fandom.com/wiki/Jamon?oldid=19882"
Community content is available under CC-BY-SA unless otherwise noted.