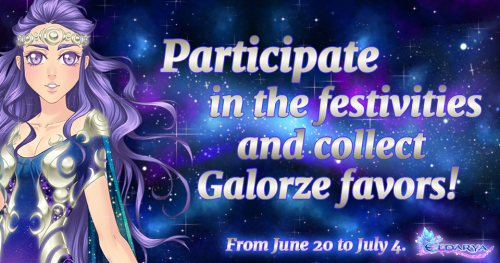 With the help of two minigames we helped Purreru and Purroy to interpret the constellations and got three new outfits matching the theme of the starry sky.

The Purrekos have created three new outfits to celebrate the summer solstice. To get these, the measuring bars had to be filled.

Each time we have received 8 Galorzengings, we had the choice between an outfit of Purreru, Purriry and Purroy. At the same time, the display on the selected bar increased. There are 8 outfit elements per measuring bar!

The companion of the event was added directly to the inventory when all outfits had been received. Thanks to our efforts Galorze himself appeared and wanted to talk to us. Through telepathy, he asked us to take good care of his child. We received the egg of the event companion Galorze.

This game was playable three times a day. The whole game was a QTE (Quick Time Event). The stars had to be connected with the mouse. The next star was always marked with a small flash. For each conjoined constellation there was a Galorzengabe. The more constellations you completed, the more Galorzengaben you got. There was no upper limit, but the game had a time limit of 30 seconds.

This mini-game was only playable once a day. We were shown a star constellation reminiscent of a companion. His name had to be specified. You had three tries per game. With each mistake the picture became clearer. The fewer misses you have, the more Galorzengaben you get. If three failed attempts, the game ended immediately. In 2 failed attempts one received 1 Galorzengaben, in a failed attempt 2 Galorzengaben and, had the name right from the start, so you got a total of 3 Galorzengaben. The constellations to be recognized are listed in the table below.

For individual pieces of each outfit, see International Music Day 2018 Event/Outfit Pieces.
Each time we have received 8 Galorzengings, we had the choice between an outfit of Purreru, Purriry and Purroy. There are 8 outfit elements per measuring bar! Overall, we can unlock up to 3 outfits. If you want the garment in a different color, this must be purchased for Maana or gold in the shop. The items are only available in the shop, if they were released before.

Also the outfits of the International Music Day 2017 Event are available in the shop for gold.

With a little luck, our companion sometimes brings along a part of his expedition. When all 8 parts are found, we get the event image. Alternatively, the image parts can also be purchased for every 10 gold pieces. 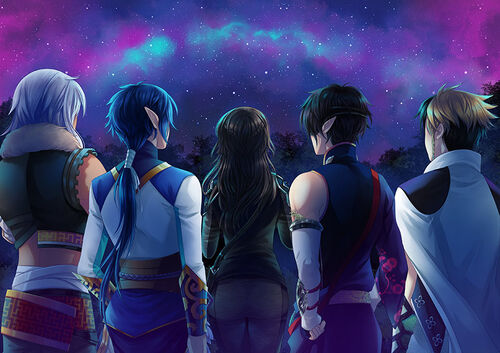 United Under the Stars

Retrieved from "https://eldarya.fandom.com/wiki/International_Music_Day_2018_Event?oldid=23704"
Community content is available under CC-BY-SA unless otherwise noted.