Guardian is the protagonist of the game. She was sent to Eldarya through a fairy circle that she accidentally stumbled across while on Earth. Upon arriving at Headquarters, she was imprisoned by Miiko but was freed by a mysterious masked man. With seemingly no way to return home, she finds herself trapped in the strange, magical world.

The player character is officially called "Erika" with the name "Guardian" referring to the player's forum avatar. This avatar can be a completely different character from Erika or practically the same with only minor differences.

Guardian's name is whatever the player's username is when they register. If the player wishes to change their name, they have to pay 500 Gold Coins.

Guardian is a white young adult with lavender eyes and long ash-brown hair. She is of average height and has a slim build. She enters Eldarya wearing a reddish-pink, criss-cross dress with a white hem, a white jacket with yellow trimming on the sleeves, black knee-high socks, and light brown cowboy boots.

As a mermaid, Guardian has a coral blue tail with pinkish-yellow fins. Coral blue scales cover her breasts and her shoulders and sides are also covered in scales. Her ears are pinkish-yellow fins with scales that trail from the side of her ears to her cheekbones.

For her next mission, Guardian wears a black and gray outfit that consists of a one-shoulder tank top, shorts, buckle cuffs, thigh high boots, a purse, and a cropped turtleneck jacket with long sleeves.

Out of game Edit

Guardian's appearance is up to the player. Skin color, skin tone, eye color, hairstyle, outfit, and more can be bought at the Clothes Shop or found via exploration. Events give players another opportunity to buy or find equipment during a limited time period.

While much of Guardian's personality is up to the player, there are some traits she will always have, such as being naturally curious and a firm sense of morality.

What sort of relationships Guardian has with certain characters is based on player choice. Starting with Episode 4, players are given dialogue choices that will affect a character- or characters- affinity. This determines how well a character likes or dislikes Guardian and affects most aspects of her story. 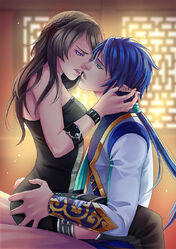 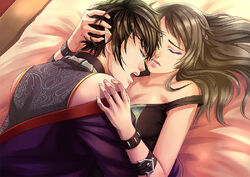 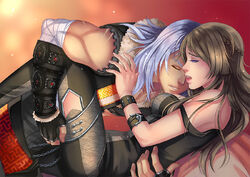 Retrieved from "https://eldarya.fandom.com/wiki/Guardian?oldid=22564"
Community content is available under CC-BY-SA unless otherwise noted.