Fenghuang Temple is the home of the Fenghuang's and where Huang Hua lives.

This region is available for exploration after Episode 21.

Fenghuang Temple is a Chinese styled living area couple of days travel away from City of El. It's home of Fenghuang's and it is described as peaceful place for body and soul. It consists a temple which act as Fenghuang's home, gardens, river and forests. 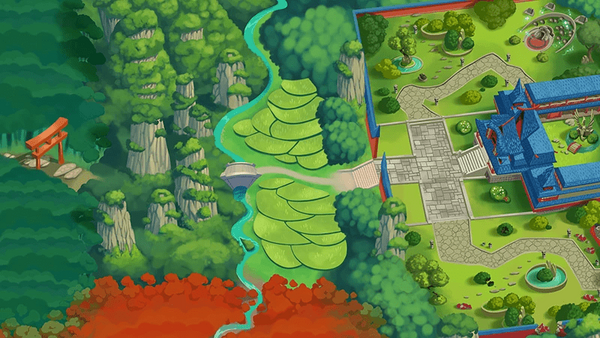 Once crowded by the congregations that came to observe the Pheonix, this path is quite empty. However, it keeps all the energy of the prayers and thoughts of the pilgrims having walked the path.

At the heart of the Fenghuang Temple, this alter was blessed by the Pheonix in person a few years ago. It houses the entrance to a temple where the precious Hameln-Weser flute is conserved.

Inhabited by wondering souls, these high mountains require a right of passage to cross them.

A large square where anniversaries, weddings and other celebrations are held. It's not rare to see a few Fenghuang monks around in the early morning!

A vast field used to cultivate crops for companions.

A vast field used to cultivate crops for companions.

A forest in which the song of blackbirds can be heard.

A mystical place that allows the souls of the Fenghuangs to be freed from their flesh prison in view of a new life. This is where the legend of the phoenix being reborn from its ashes stems from.

A forest in which the march of the penguins can be heard.

A door that allows passage of souls to another world or to another life. A strong energy radiates from this door.

Favorite playground of the Phoenix when he was living at the temple. Many hide and seek games happened here. The trees seem to still reflect the joy and amusement of the past.

This peaceful place is the twin of the moon garden. Fortunately for it, the sky was more merciful and preserved it from the raids over the temple.

A beautiful garden that was unfortunately destroyed during the raid of the temple.

It is said that this bridge was once inhabited by a lost goblin. He would always ask the same question to those who wished to cross it: the egg or the fenhguang?

Be careful not to swim in it. Many nagas have made this place their home... And they don't really like having visitors! 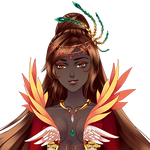 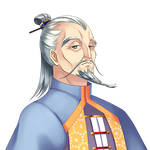