This article is about the game. For information about the location, see Eldarya (location).

Eldarya is an online visual novel created by Beemoov. First launched on December 16th, 2014 in French, it has since branched out to other languages. Taking place in a fantasy world, the player character (often referred to as Erika) has the ability to encounter many other characters, take care of their own Companion, and much more.

Before the US English version of the site was made public, the site showed some of the content that players could look forward to; companions, various lands that they could visit, character customization, and some of the inhabitants of Eldarya.

The story starts with Erika taking a walk in a forest near her home. She's worried about what will come next once she is finished her studies and this particular forest was always a lovely escape from the world.

After wandering around for a bit, she finds a spot of newly grown grass surrounded by a circle of white mushrooms, something that she does not think she has ever seen in the area before. Upon stepping into the circle, she is surrounded by a bunch of brilliant white lights, making her close her eyes. When she opens them she finds herself in a room that has a gigantic blue crystal in the middle of it.

Confused yet entranced, she goes to touch it only to be interrupted by a black-haired woman with four fox tails and a creature with a face that resembles a warthog's. The woman orders the creature to seize Erika and throw her in a cell.

As the game goes on, Erika meets a variety of different characters and learns about the world she was sent to.

Discover the magical world of Eldarya! Get to know the inhabitants and Companions of Eldarya. Experience your own adventure and romance in this magical world, where the story and your relationships depend on the choices you make.

During the pre-launch period, players could pre-register for a chance to win free gifts once the site opened. The number of players who pre-registered determined which gifts they would receive.

When not logged in, anyone can play the first episode up until Erika gets transported into the Crystal Room. At that point, a pop-up will appear that encourages the viewer to register.

After registering, the first three episodes act as a tutorial when played for the first time.

Locations consist of either stationary pictures or panoramic landscapes. In order to move to another location, players need to use ten Maana. The panoramic locations have a translucent semi-oval that appears on the far left or far right of the game's screen. Hovering over the semi-oval will make that location's scenery move and reveal new location points.

Introduced in Episode 2, there are times during each episode where players are given multiple answers. These answers are usually in response to what a character is saying or something that Erika is thinking. These choices affect how a character reacts (LOM) to Erika and if the player will receive an illustration.

Introduced in Episode 9, Quick Time Events (QTE) are point-and-click/click-and-drag mini-games within the episodes. Winning or losing these events affect whether or not a player will get an illustration.

Love-o-Meter or shortly LOM is the meter which describes the relationship between Guardian and the specific other character. Answering correctly to dialogue rises LOM and a wrong answer reduces it.

Players have the ability to replay any episode in exchange for 100 Maana per episode. Replay cannot be started when other episode is not ended. There are two types of replays: story and single episode.

Single replay enables playing just one episode without it affecting to LOM. It is mostly used to see other dialogue choices or receive (other) illustration. After a replay the game continues where it was before the replay.

If the player wants to completely erase their process in the game starting from some point, the story replay is the answer. For example: Player is in episode 12 but is not happy with their choices starting from episode 10 so they start a new story replay. After completing episode 10 they must play episodes 11 and 12 again too. Story replay affects to LOM.

Outside the main game, players have the chance to customize their Guardians with different clothes and equipment. Customizations don't show up in illustrations. 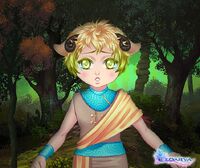 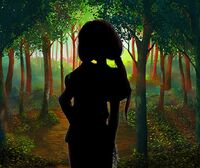 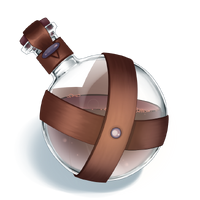 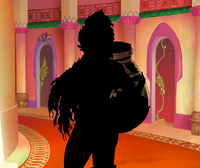 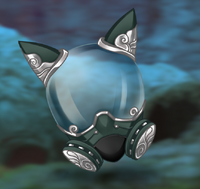 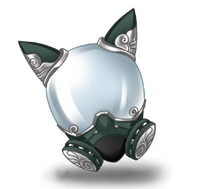 Retrieved from "https://eldarya.fandom.com/wiki/Eldarya_(game)?oldid=22818"
Community content is available under CC-BY-SA unless otherwise noted.