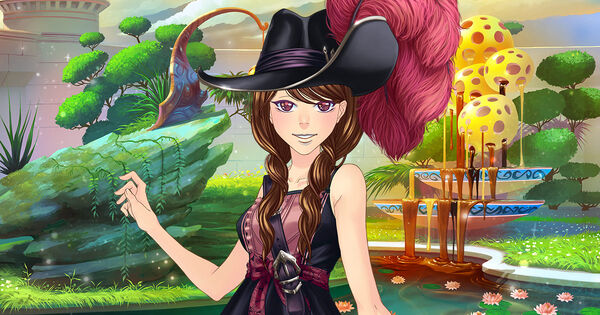 “Karuto and his extravagance have struck again, and he doesn’t know where to turn… I should probably offer him my help. I heard that he is preparing an unforgettable event!” Karuto has decided to update the appearance of Fountain Park, and you’ve been asked to help him!"

The event ran from April 17th to May 1st.

While Karuto is taking care of preparations, you are going to have to transform the fountain water into chocolate.
First, you will have to sort the food you receive in a mini-game! Let the chocolate eggs fall into the bowl and the trash in the wooden barrel. You can play three times a day.

Every day 5 chocolate eggs were scattered throughout the site. The distribution was different.

Use the golden scale to separate the chocolate eggs from the garbage. The bowl is intended for the eggs, the dustbin for the garbage.

If an egg went wrong or got rubbish in the shell, the number of eggs to be caught decreased by 1. Normally 7 eggs per game could be caught.  The game was available to the users three times a day.

This mini-game was only active, when had collected 20 chocolate eggs. These were then melted down. If successful, an outfit piece in every color variant was available.  Click with the mouse fast enough to raise the pointer to the right temperature. Hold this position until the time has passed.

Below are the various dialogues that each character had after melting enough chocolate.

「Ohhh! Guardian, did you distribute the chocolate throughout the garden?」

「No, I'm actually looking for Karenn. Did you see her passing by?」

This year, the event included a free outfit, Loleaster, which was earned through daily missions and a bonus outfit, Egg's Keeper, which could be purchased by using the bank. 1 Maana was considered 1 point and 1 gold piece as 3 points .

Even the outfits of Easter 2018 are available in the shop for gold. 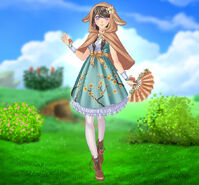 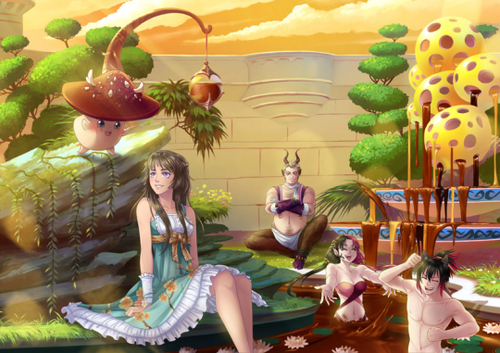 1 of 4
Retrieved from "https://eldarya.fandom.com/wiki/Easter_2019_Event?oldid=23655"
Community content is available under CC-BY-SA unless otherwise noted.