Danalasm is a Companion that was available during the Christmas 2016 Event.

Cousin to the Crylasm, Danalasm have a strong and indisputable charisma. And this, even when they are still an adorable baby. 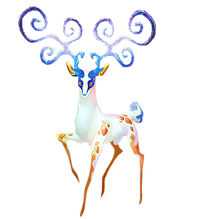 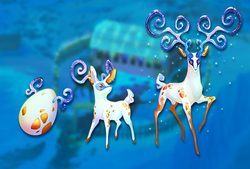