Cornelia is a necromancer introduced in Halloween 2019 Event. She used to live in Eldarya and excelled at alchemy. She made discoveries that refuted the theories that everyone believed to be true. She has furthered both medicine and spiritually.

Cornelia is a woman with long, wavy red hair and orange-brown eyes, her skin is white, almost cadaverous. She wears a long, black dress with open shoulders, with feathers of Pterocorvus and a wreath of dead flowers on her head. In her sprites, she carries her companion, an unnamed Pterocorvus, on her shoulder.

She describes herself as brilliant, diplomatic and popular. She also seem to be very willing to cause chaos since she wants to wake an ancient companion Greifmar, which was known to cause nightmares, back to alive from extinction.

Cornelia needs Guardian for her non-sacred ritual since she represents the Earth.

Cornelia blames Miiko for taking the role of the leader on the Guard, the spot which in her opinion belonged to her. She says that Miiko banished her from the land of Eldarya and therefore thinks she must pay for it with her life. 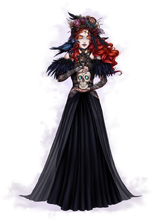 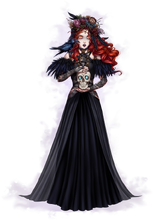 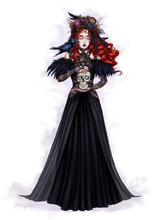 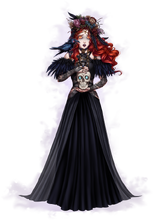 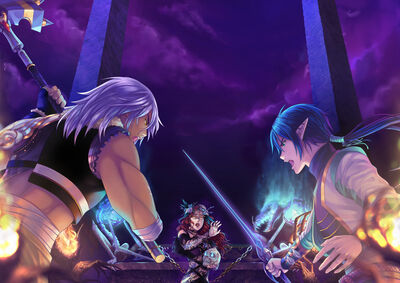 Retrieved from "https://eldarya.fandom.com/wiki/Cornelia?oldid=22707"
Community content is available under CC-BY-SA unless otherwise noted.