Blobbiathan is a companion which was available during Summer 2019 Event. It is animated.

An unstable companion which wasn't supposed to be created... It could cause a tsunami for just one box of Super Blobbydelice@!

In Alchemy-minigame during the event by using receipt:

They have 170 energy as an adult which is most amount of all companions. They don't have baby form. Hatching the egg takes 1100 minutes (18h 30min). 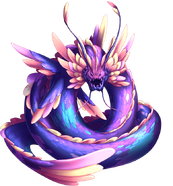 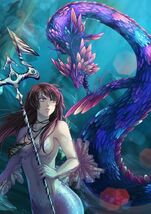