Ashkore is a mysterious man that helped Erika escape her prison. No one seems to know who he is or where he came from. According to the Guard, he is quite a pest to the Guard.

He is covered by his black suit and a black mask. Where his eyes are, his mask glows red. Also, it has some horns in it with some red stripes.

Even though he freed you from the dungeons of the City of El, you don't know if you can trust him. Mysterious, for now he seems to be quite the lone wolf and has quite the grudge against the Guard of El. What side is he on: Good or Evil?

Starting from Episode 20, information about him have started to be revealed more.

In Episode 20 Lance's face is first seen without the mask on if the player got the illustration about him. He has short white hair slicked to back which are shorter on sides. He has icy blue eyes, just like his mother. He still dresses on black-red suit.

Lance is cruel and sadistic, unlike his former self. He doesn't hesitate to kill companions if they just happens to irritate him without reason (like seen in Episode 24 when he killed Ykhar's elder companion). He sees them as an images of despicable things what dragons died for. He is also very impatient and hot-heated. According to Chrome he is also quite stupid. His manipulation and charismatic skills seems to be also at point since he has much allies, including Krakens.

Lance's hatred and grudge towards Eldarya and Guard comes from his lonely childhood without parents (since his mother died while sacrificing herself in order to Eldarya to be created) and also the Guards' way to deal with certain things: he knew, if his true race would have been revealed, the Guard and everyone else too would have had sacrificed him without thinking twice in order to bring more balance to Eldarya regardless his effort to the Guard.

Valkyon is his little brother who looked up to him. After Lance's disappearance Valkyon was heart-crushed. Later when Lance returned, he wanted Valkyon to join his side but it's currently unknown was it because Lance cares about him or just because he wants more allies.

Lance gave Floppy, Valkyon's Musarose companion to him before his disappearance.

Miiko had a crush on him but it was probably one-sided.

Lance seemed to be quite interested in Erika at first because she was a human. Later he says: "Now I know what he sees in you" (refering to Leiftan's crush on Erika) when Erika was snappy at him. 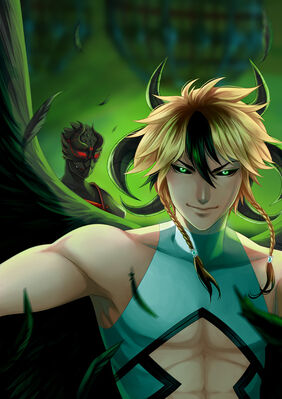 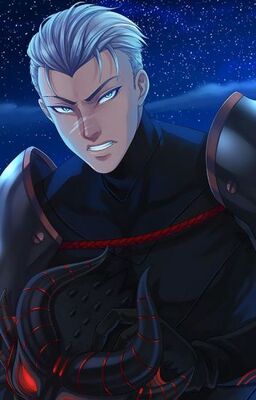 Retrieved from "https://eldarya.fandom.com/wiki/Ashkore?oldid=23188"
Community content is available under CC-BY-SA unless otherwise noted.